Inauguration of the new Aereco headquarters 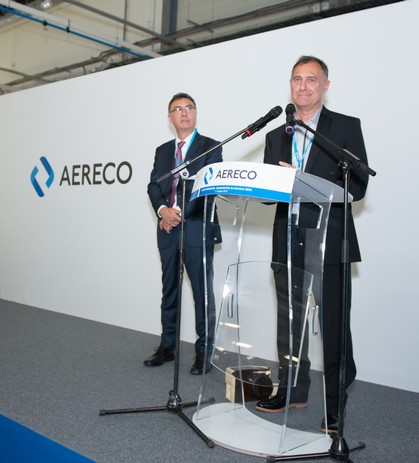 On October, the 17th of 2014, Aereco S.A. has inaugurated its new headquarters and new plant in Collégien (France), attended by over 500 people from 20 different countries.

Then, Alexandre Chirier, Economic Development and Marketing Director of  EpaMarne, spoke on behalf of the EpaMarne Director, Nicolas Ferrand, who joined us later. He insisted on the importance for the region of companies such as Aereco, emphasizing the ambition, attractiveness and vitality of Marne-la-Vallée.

Finally, we had the honour to welcome Eduardo Rihan-Cypel, Seine-et-Marne’s department Member of Parliament, who recalled that in these difficult economic times, it is important to support and show as example companies involved in keeping the employment in France and in Seine-et-Marne department in particular.

After the traditional ribbon cutting, participants shared a gourmet buffet and enjoyed various activities around the air theme on a stand inside our production plant.

During the day, guided factory tours enabled to introduce our 18 000 sqm building, in use since May 2014, after only a year of work. Designed by the architect Frank Tomassi, the building has been constructed by the Salini company.

The guided factory tours have showcased our fully modernized production installations and our equipments  dedicated to Research and Development. 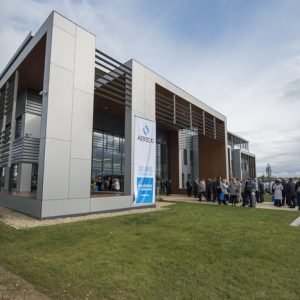 We wish to thank all our visitors for their presence, and all those who helped to make this event a unique day, with their involvement and participation.